Find the place where there are more concerts performed by the artists you love.

Winner of the Soundcloud Music Hack Day at CPBR5 on 2012! It took me to attend the Campus Party Berlin. 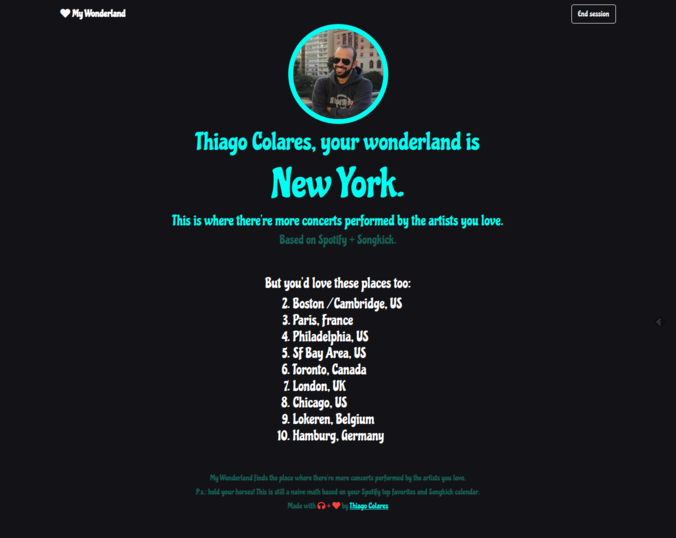 I had a band till 2009 called “Elipê” in which I played the eletric guitar. Listen below to the albums we have recorded.